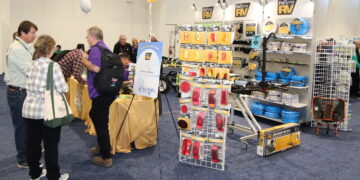 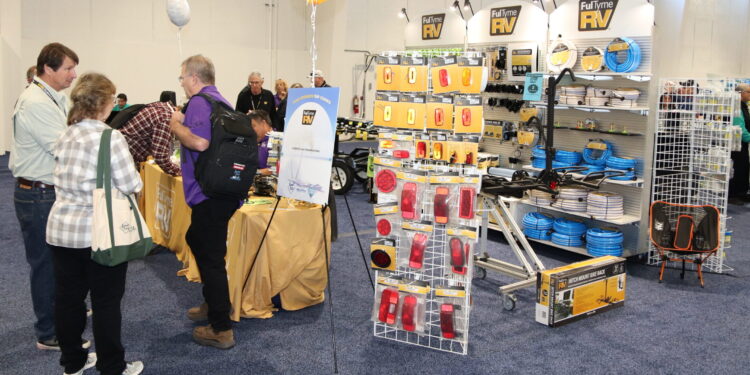 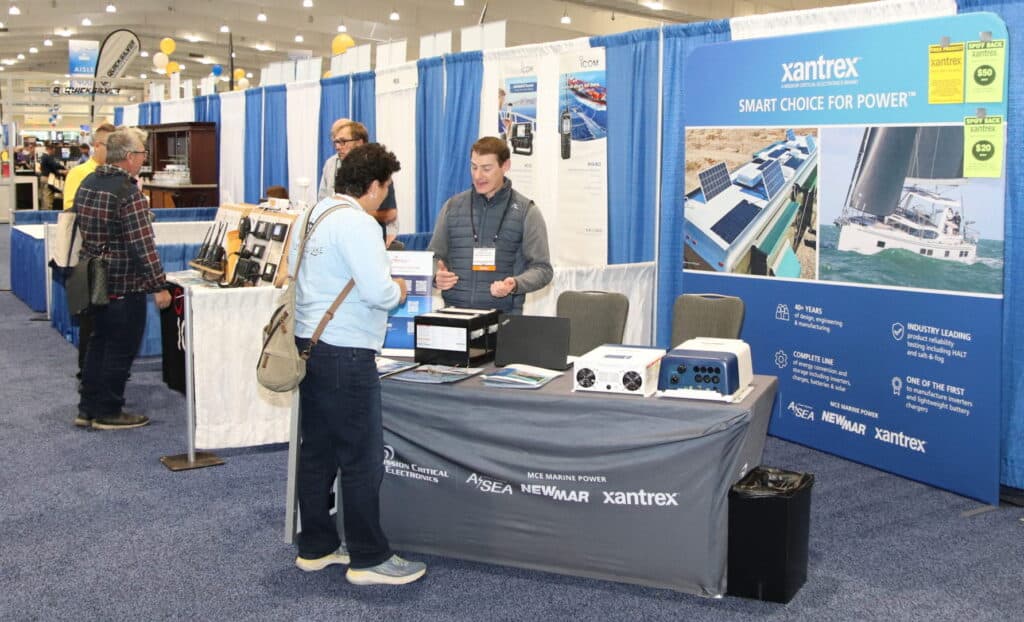 A scene from the Xantrex display during the Land ‘N’ Sea Distributing trade show, which was Nov. 17-18 at the Mohegan Sun in Connecticut. (Photos by Chris Dougherty)

Ahead of a Q1 2023 warehouse opening, Land ‘N’ Sea Distributing hosted an RV and marine parts and accessories trade show on Nov. 17-18 at the Mohegan Sun Casino and Convention Center in Uncasville, Conn.

Once completed sometime around February, the new warehouse will immediately be a local shipping and direct delivery option for RV dealers and campgrounds in the New England region, said Mike Conners, president of Land ‘N’ Sea Distributing.

“We’ve just expanded our distribution footprint in this location, and we’ve brought some new space tools, vertical lift modules and things of that nature. We’ve invested significant dollars in getting that building up to the point where we can now…