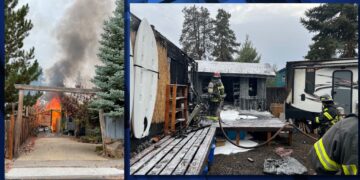 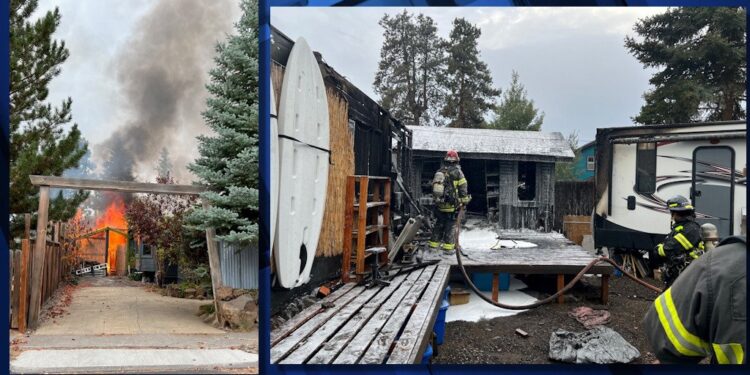 BEND, Ore. (KTVZ) – A fire that caused $125,000 damage to a shed, deck and large travel trailer parked by a century-old northwest Bend home Friday afternoon was traced to a hot welding tool that had been left on the wooden deck, a fire official said.

Bend Fire & Rescue was dispatched shortly after 4 p.m. to the reported structure fire in the area of Northwest Delaware Avenue, and was found to be on a property in the 200 block of Jefferson Place, Deputy Fire Marshal Cindy Kettering said.

A large smoke column was visible while crews were en route, so more crews were sent to the scene, she said.

As the first crews arrived, they found the fire burning the outbuilding, deck and travel trailer. The fire was just beginning to extend to the home, but firefighters quickly knocked down the flames and were able to minimize damage to the 764-square-foot home, built in 1915,…