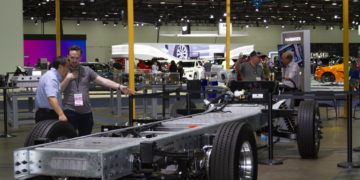 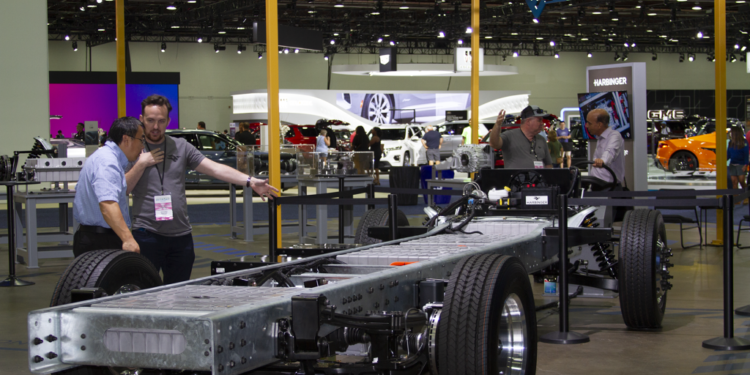 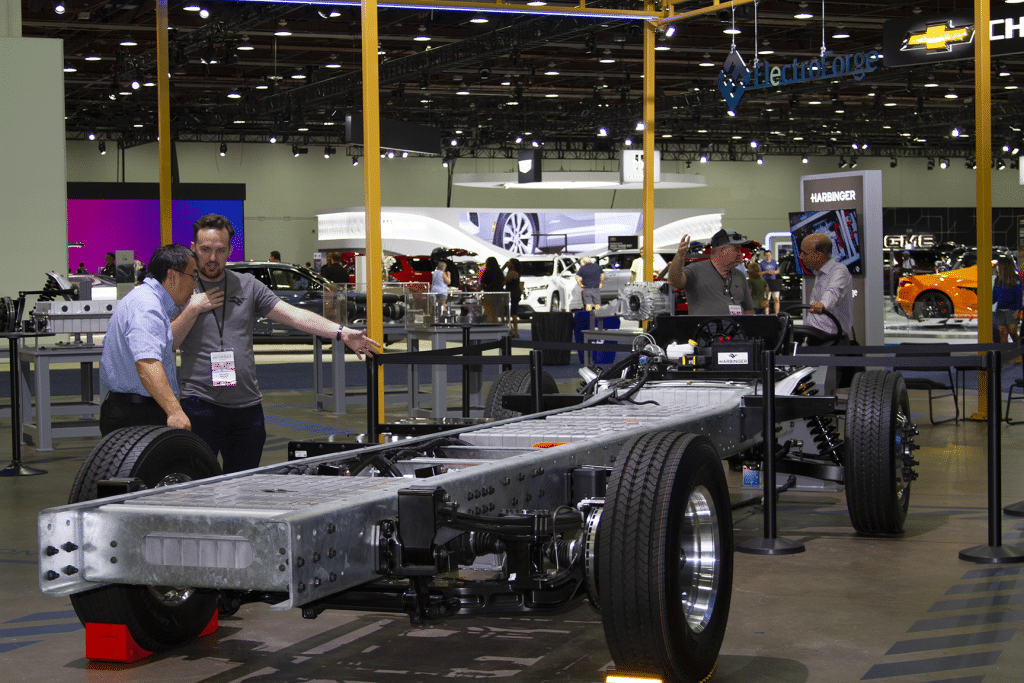 The Harbinger EV chassis on display at the Detroit International Auto Show.

While the RV Industry is preoccupied with the annual Elkhart RV Open House this week, one of the most potentially game-changing new products for motorized RVs was unveiled last week at the North American International Auto Show in Detroit.

RVBusiness was there to see firsthand the Harbinger EV chassis.

Certainly, EVs have been grabbing a lot of press as of late. And some of that press appears to express wishful thinking. However, that’s not to say motorhomes built on an EV chassis will not be viable or gain popularity – and possibly sooner than we expect. In fact, the executives at Los Angeles-based Harbinger are betting that they will. 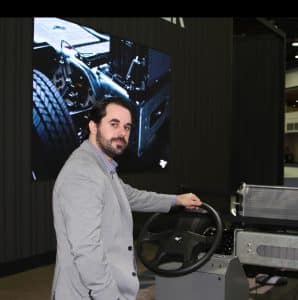