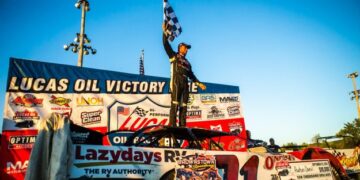 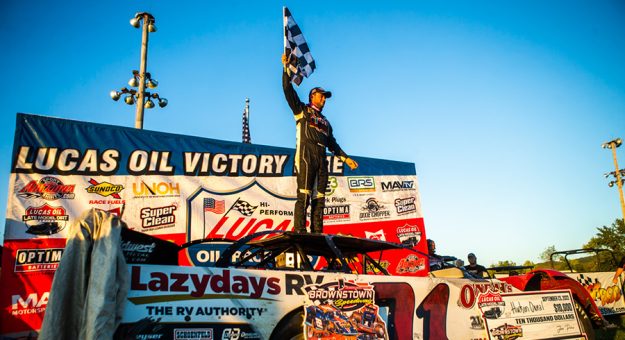 BROWNSTOWN, Ind. – Hudson O’Neal raced to the lead at the start of the 40-lap Night Before the Jackson A-Main and never looked back. The $10,000-to-win race that was postponed from Friday after several hours of light rain at the Brownstown Speedway.

Josh Rice tried to track down O’Neal after a caution came out with five laps remaining but came up short as he settled for second. Daulton Wilson finished in third followed by Mike Marlar and Spencer Hughes.

Tim McCreadie ran second to O’Neal for the first nine laps of the race until Wilson took over the runner-up position. Wilson held the second spot until Rice, who started sixth, passed him on lap 28.

O’Neal, the winner of the track’s most prestigious race, the…