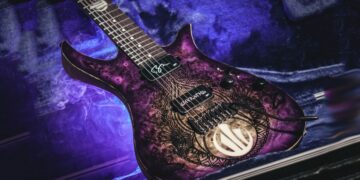 Vola partners with Myrath’s Malek Ben Arbia for one of the wildest-looking signature models of the year, the Djinn

Vola partners with Myrath’s Malek Ben Arbia for one of the wildest-looking signature models of the year, the Djinn 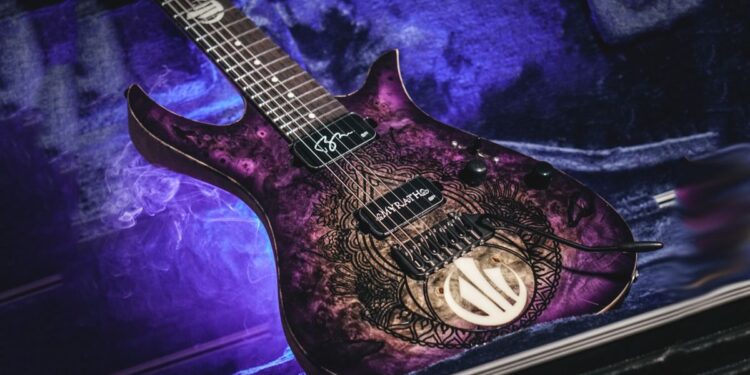 Vola has teamed up with prog metal electric guitar player Malek Ben Arbia for the Djinn – an all-new seven-string signature guitar that might just be one of the most visually arresting axes we’ve seen all year.

Ben Arbia, who plays with Tunisian outfit Myrath, worked closely with Vola to design the Djinn, which is said to be inspired and influenced by both his music and history.

Let’s not beat around the bush here: that body artwork is quite something. According to Vola, the aesthetics were inspired by Myrath’s Legacy album, and was created using a variety of fancy production techniques by the Vola Custom Shop team.

In its bid to capture the vibe of an “ancient carving in stone”, the artwork was laser etched into the buck-eyed burl top and left open underneath the high gloss finish. Similarly, the Luminlay logo that sits at the base of the body is composed from custom-made…