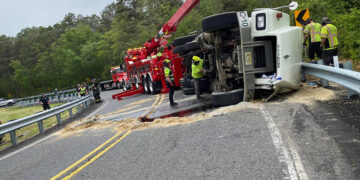 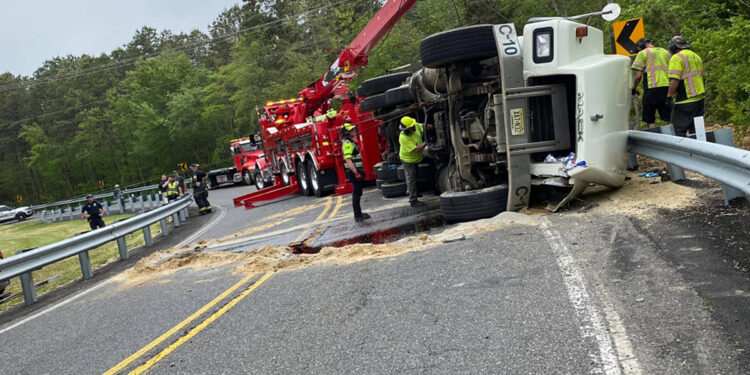 Authorities in Egg Harbor Township say a busy road was closed for three hours Friday afternoon after a truck overturned.

The accident, according to the Egg Harbor Township Police Department, happened around 3 PM on Spruce Avenue just south of Main Avenue.

From a press release,

A fully-loaded 2000 tri-axle Mac Truck, owned by Colonial Lawn Care; and operated by Joe R. Humphers, 55 years of age from Egg Harbor Township, was traveling northbound on Spruce Ave. in the area of the S curve when he left his lane of travel, went into the southbound lane and lost control of the vehicle. The vehicle rotated clockwise, high sided and rolled onto the driver’s side. The truck continued to slide on its side before coming to rest against the southbound guardrail.

The truck’s load of sand was dumped all over the road.