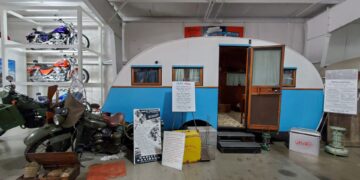 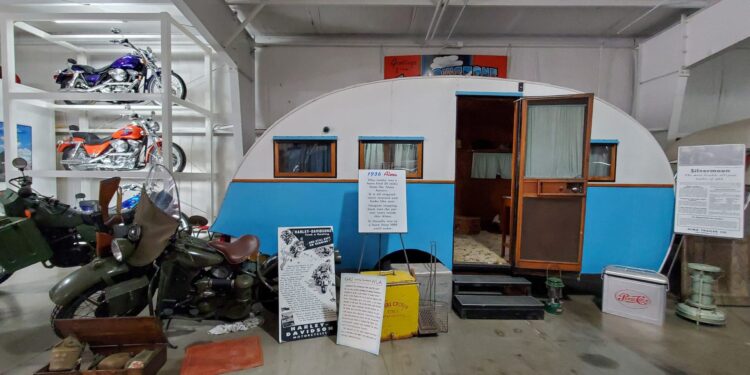 “I spent every penny I had on these,” Dale Cross says as he points to an orange dirt track race car with white trim. Fellow visitors listen intently to the tales of his racetrack glory days while Cross leans heavily on a cane. Cross is an Amarillo Motorsports Hall of Famer and docent at the recently combined Jack Sisemore RV and Motorsports Museum in Amarillo, Texas.

Jack Sisemore started with a gas station. Over the years, he added rental motorhomes and grew his business into a massive RV dealership located in the Texas Panhandle. Together with his son Trent, a former two-term Amarillo mayor, Jack started collecting RVs in the late 1980s.

“The teardrop and 1962 Bambi (Airstream) were the first RVs we acquired and restored,” Trent says. In 1998, the Sisemores opened a free museum to share their collection with visitors.