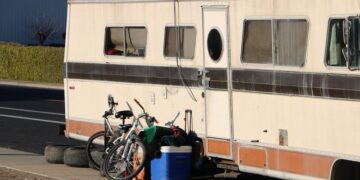 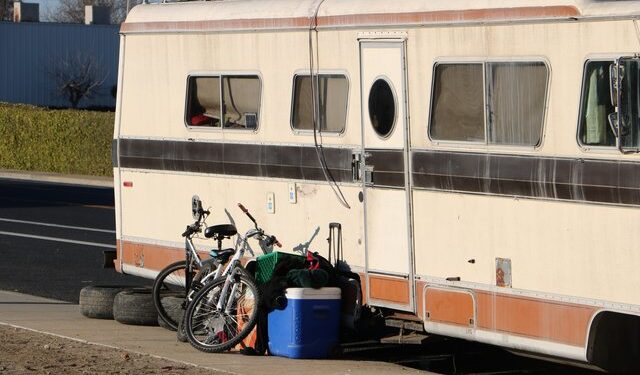 Last week two of the three RVs occupied by homeless parked among trucks on the south side of Moffat Boulevard had piles of trash literally blocking the sidewalk.

On Tuesday it was somewhat better after some of the debris had been cleaned away. Occupants of at least one RV, though, by late afternoon had stacked items back on the sidewalk.

The issue of homeless dumping litter and trash along Moffat and the nearby Tidewater Bikeway as well as issues caused by parked trucks plus speeding is being addressed in a multi City of Manteca department effort involving police, the streets division, and engineering.

On Thursday the most visible effort to date by the city takes place with crews addressing pavement damage caused by parked trucks as well as trash dumped in the area.