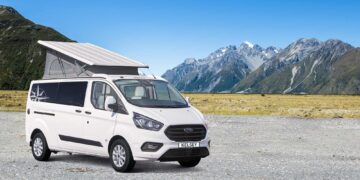 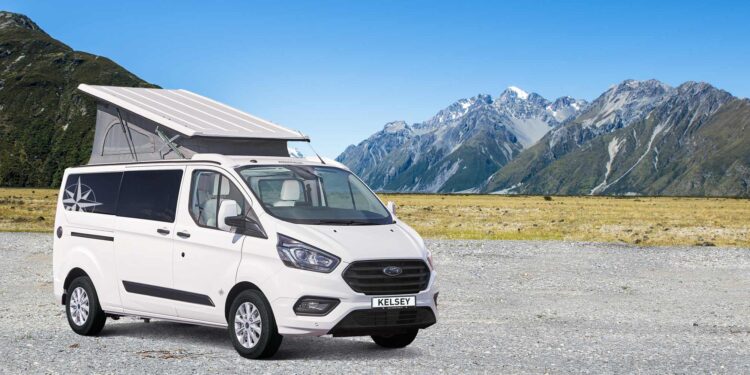 491
SHARES
1.4k
VIEWS
Share on FacebookShare on Twitter
If you’ve never heard of Westfalia, you won’t be blamed as they’re a team from over in Germany, which saw its initial start building horse-drawn carts to move freight. However, they’ve been in the RV game since the early 1950s when a customer asked the company to modify an already existing vehicle, a VW transit van, into a home. That was then, and the custom Ford Transit before you, Kelsey, is what seventy years of experience can bring.

This Ford Transit chassis has been modified quite a bit, mainly the roof; it can pop up to expand the interior headspace by quite a considerable amount. The top also reveals several lookout windows to get a view of the world around. With up to 390 Nm (287 lb-ft) of torque and 170 horsepower, it should be more than enough to carry all four seated guests and gear wherever your heart may wish. While the exterior doesn’t say the most about the van, the…