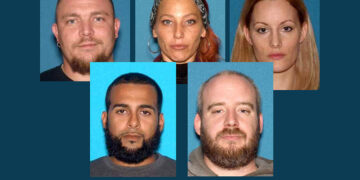 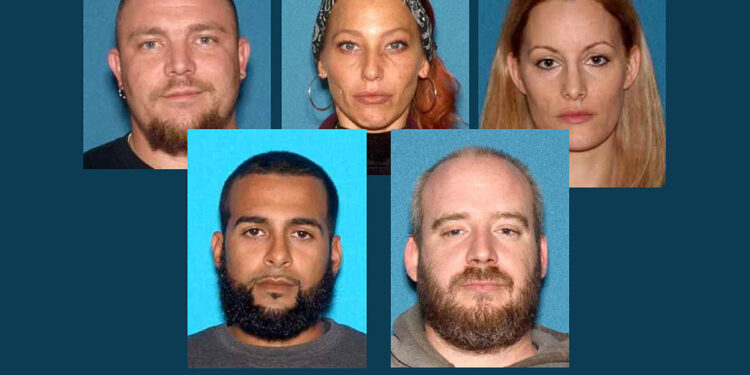 Officials say five people were arrested Wednesday morning during a drug raid at a home in Egg Harbor Township.

In the raid, Shill says a half-ounce of crystal methamphetamine, a sawed-off shotgun, a 9mm handgun, a digital scale, and cell phones and a hard drive containing surveillance footage of the home were seized.

Those arrested and charged include the following people: