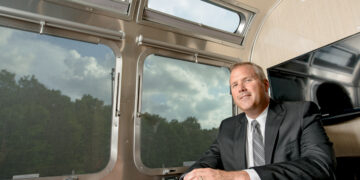 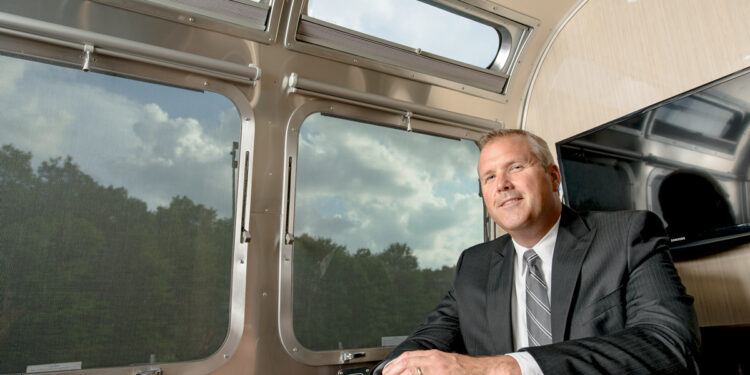 You couldn’t blame Thor Industries CEO Bob Martin for reclining in one of the many recreational vehicles his company sells.

With his Elkhart-based company’s products rolling off the lot at breakneck speeds and the company’s most recent quarterly revenue at a record level, you might think Martin could put it in cruise control.

But the 6-foot, 6-inch former Purdue University offensive lineman doesn’t play that kind of game. Instead, the Boilermaker grad is charging downfield like he’s down six and on a two-minute drill.

His approach isn’t surprising for those who know him. Martin, 51, started his career with an entry-level job for Coachman RV 26 years ago and furiously worked his way up the ladder.

Now, he’s the head of one of the biggest publicly traded companies in Indiana and, instead of resting on…