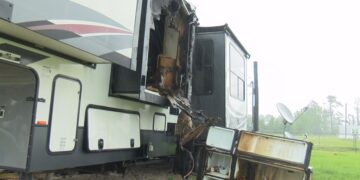 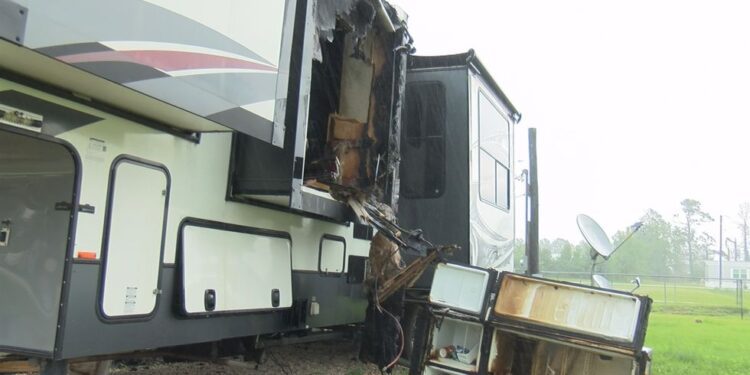 Lake Charles, LA (KPLC) – On Memorial Day, a camper went up in flames in Sulphur.

According to the Houston River Fire Department, firefighters were called to Trina Lane shortly after 9 a.m. Monday, in reference to an RV on fire with a pickup truck in danger.

Firefighters quickly extinguished the fire, although the RV was a total loss.

With so many people living in campers and RVs following last year’s hurricanes, Houston River Fire Chief Dean Lappe says now is the perfect time to remind locals of the necessary safety checks.

”It more than likely started from the refrigerator, and I believe that too because that’s the area where most of the damage is at,” said Larry Thoman

Thoman says he’s just grateful neither he nor his girlfriend were inside when it happened.