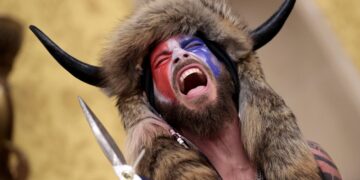 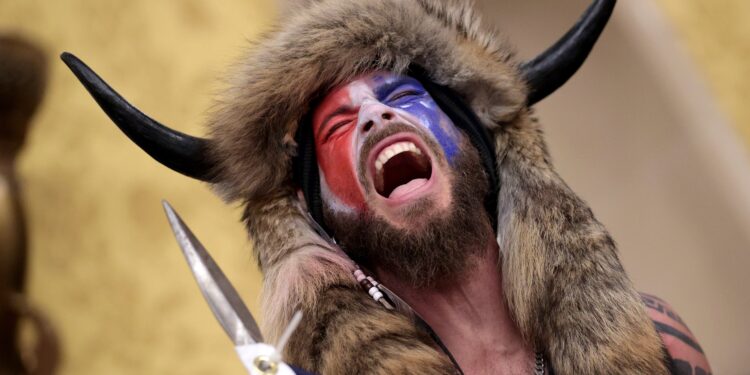 A Trump supporter who became known as the ‘QAnon shaman’ after being pictured during riots at the US Capitol is reportedly a “failed actor” and conspiracy theorist described by his mother’s neighbours as “bizarre.”

Jacob Angeli Chansley, 33, was charged with entering a restricted building or grounds without lawful authority, and with violent entry and disorderly conduct on Capitol grounds after he participated in the mob that laid siege to the Capitol on Wednesday.

He was photographed wearing horns and carrying a spear while rioting in the Senate debating chamber and had painted his face with red, white and blue face paint.

According to the Daily Mail, Chansley has been living with his 56-year-old mother, Martha, since January 2019 after he was evicted from his apartment in Phoenix, Arizona, owing US$1,247 in rent arrears.

The newspaper reported that Chansley is unemployed,…