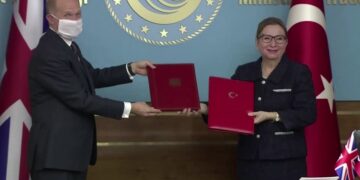 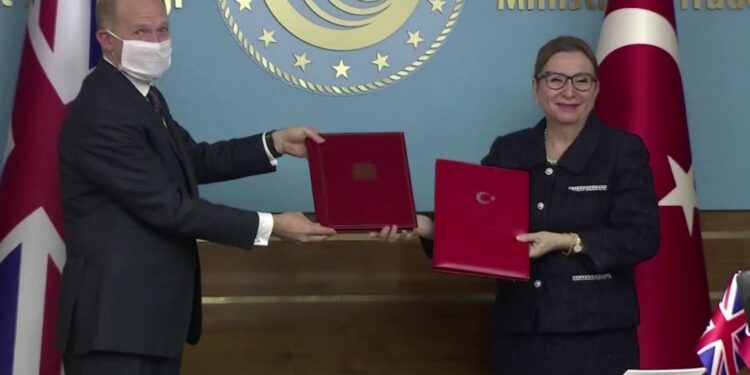 Just days before Britain formally leaves the European Union, it’s keen to keep up the existing flow of goods.

And on Tuesday (December 29) Turkey and the United Kingdom extended their free-trade deal.

The trade ministers of the two countries signed the agreement in a televised videoconference call.

And ensure a quick transition after the existing deal ends at year end:

“This is the first step for our target and our target (is to) expand the trade and investment and include the service sector and also we are mutually giving further concession (to trade) for some agricultural products together. So we reached our first target and we will keep expanding it.”

After the signing, British trade minister Liz Truss told Reuters she was hopeful a bespoke deal…