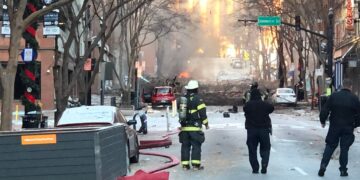 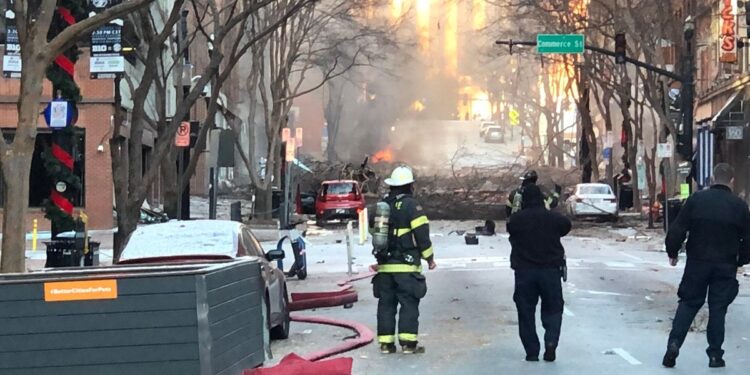 A large explosion ripped through part of downtown Nashville early on Christmas morning. Police said the explosion was intentional, and reported finding a parked RV playing a recorded message. The message warned officers that a bomb hidden in the vehicle would detonate shortly.

The Metro Nashville Office of Emergency Management told local broadcaster News 2 that a parked RV exploded around 6:30am and damaged at least 20 surrounding buildings.

Nashville Fire spokesman Joseph Pleasant said three people were taken to the hospital, though none were in critical condition.

The Tennessean reported that several people were…