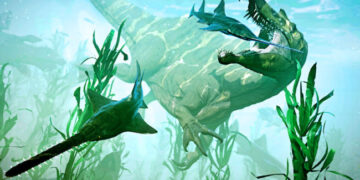 With a Tail Like an Eel and a Snout Like a Crocodile, Spinosaurus Became the First-Known Aquatic Dinosaur

With a Tail Like an Eel and a Snout Like a Crocodile, Spinosaurus Became the First-Known Aquatic Dinosaur 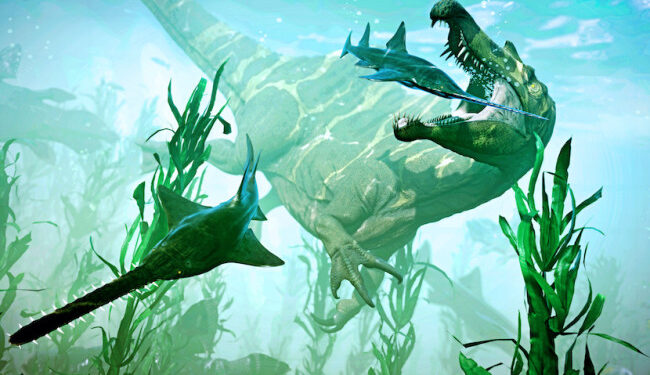 This article appeared in Discover’s annual state of science issue as “A Water-Dwelling Dino, Lost and Found.” Support our science journalism by becoming a subscriber.

Spinosaurus Aegyptiacus is a fan favorite, its sail-backed shape appearing everywhere from museums to a starring role in the Jurassic Park franchise. In April, paleontologists announced a fossil that further solidified its image: The discovery of a long, paddlelike tail marked Spinosaurus as the first known semi-aquatic dinosaur.

The current model of Spinosaurus took over a century to assemble. In 1915, German paleontologist Ernst Stromer named Spinosaurus, a carnivorous dinosaur that stalked Cretaceous Egypt and bore a tall sail on its back. But, not long after the dinosaur’s description, the only known fossils were destroyed during a 1944 Allied bombing raid of Munich. Spinosaurus was lost to science.

24 HOURS WITH A NEWBORN TRAVEL PRINCESS IN HOSPITAL

24 HOURS WITH A NEWBORN TRAVEL PRINCESS IN HOSPITAL