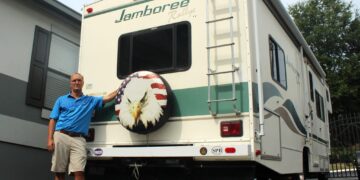 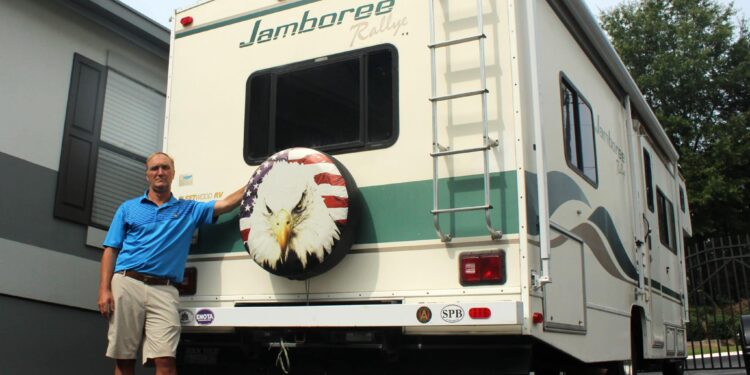 When Fred Wintrich and his family moved into their home on Seaton Drive last year, they brought along their RV and parked it in the driveway for their monthly camping trips. But after a complaint from an unhappy neighbor and $1,500 in fines, Wintrich learned that was illegal under an obscure city code he considered unnecessary.

Wintrich’s punishment could have been worse — city code violations can result in up to a $1,000 fine per citation or up to six months in jail.

Resident Fred Wintrich poses for a photo with his RV at the storage facility where it is now parked. (Erin Schilling)

“A disabled veteran with not so much as a parking ticket in the state of Georgia for the last 15 years gets sent to jail?” Wintrich said. “For an RV in my driveway?”

The city has never allowed RVs in driveways. It was a rule carried over from DeKalb County prior to the 2008…